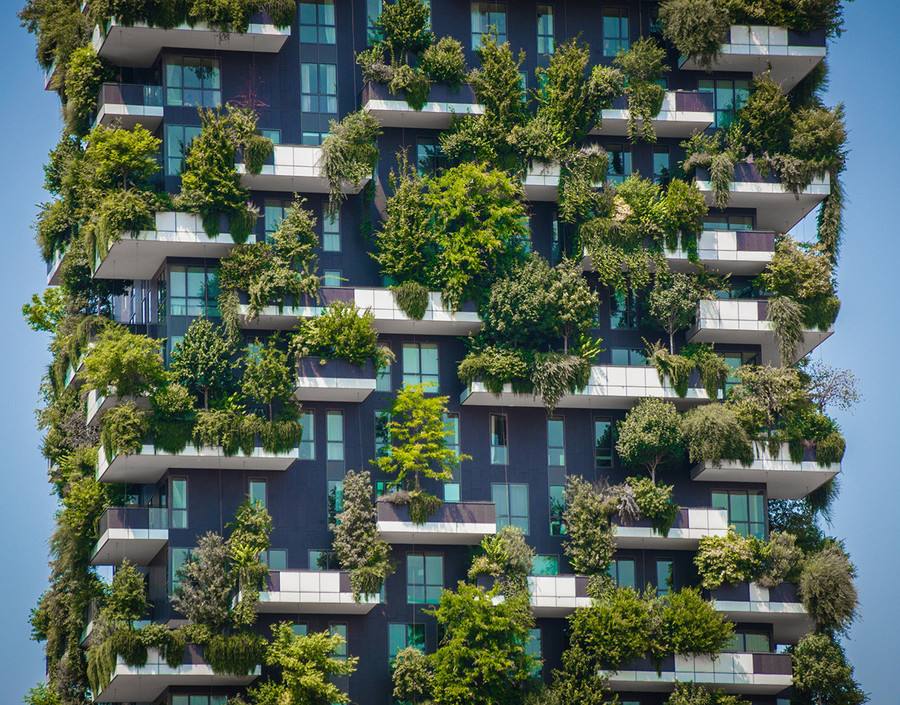 The potential of Nature-based Solutions

* This article is mainly based on the results of the NATure-based URban innoVATION (NATURVATION) project of the EC Horizon 2020 program (2015-2020) (https://naturvation.eu/), and the publication “Sekulova, F., Baró, F., Campos Rodrigues, L., & Llabrés, A. (2020). Les solucions basades en la natura en l’àmbit municipal. Col·lecció Eines. Sèrie Medi Ambient 2. Diputació de Barcelona”. This study was commissioned by the Provincial Council of Barcelona with the authorship of members from the Institute of Environmental Science and Technology (ICTA – UAB) and ENT Environment and Management.

Nature-based solutions (NbS), as defined by the European Commission (EC), refer to “solutions that are inspired and supported by nature, which are cost-effective, simultaneously provide environmental, social and economic benefits and help build resilience. Such solutions bring more, and more diverse, nature and natural features and processes into cities, landscapes and seascapes, through locally adapted, resource-efficient and systemic interventions.”[i]

A key positive aspect of NbS is the great potential to support a wide range of benefits besides the main initial goal(s) behind its implementation when compared with more traditional approaches (e.g., hard-engineering solutions). These benefits can be represented by the capacity to promote the provision of several ecosystem services (e.g., provision of food, improvement in air quality, carbon sequestration, coastal erosion prevention, support of recreational and educational activities, aesthetical values) or to contribute to various Sustainable Development Goals (SDGs)[iv] (e.g., environmental quality; water management; economic development and employment; sustainable consumption and production).

However, it is important to consider some of the potential challenges and caveats of NbS.  Some initiatives are quite challenged by the need to ensure its economic feasibility over time. This can especially apply to those NbS that are promoted by local community groups that may not have a strong institutional support or external funding. Another aspect is that these solutions cannot represent the only answer to certain problems. As a simple example for the purpose of illustration, SUDS can support water management of big urban areas but cannot replace sewage systems based on grey infrastructure. Moreover, NbS have the potential to also generate adverse effects such as green gentrification, where, for example, green spaces can lead to an increase in the property values of certain neighbourhoods, forcing the exclusion and displacement of vulnerable groups in favour of wealthier people.[v] These examples do not aim to overshadow the benefits and the potential behind NBS; instead, they put a light on which types of aspects one should consider in order to ensure an effective and inclusive implementation of these solutions.

Below we present some examples of implemented NbS.[vi] 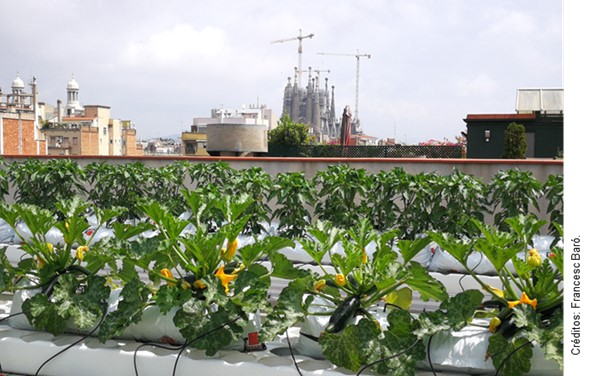 This NbS started to be implemented in 2015 under the promotion of the Municipal Institute for People with Disabilities (IMPD) – an organization linked to the City Council of Barcelona – with the collaboration of other private, public and third sector organizations.

Some of its main objectives include the development of the autonomy and learning of people with disabilities; a better use of free spaces in municipal buildings; the donation of food surpluses to soup kitchens and food banks; and the use of innovative farming and irrigation methods and technologies that respect the environment.

This initiative generates various benefits. Besides the provision of food, it supports the conservation of species and biodiversity, promotes the education and training for people with disabilities and other groups, fosters social inclusion, and generates health and well-being benefits, among others. In 2020, there were five municipal buildings with rooftops gardens, and a total of 120 users. 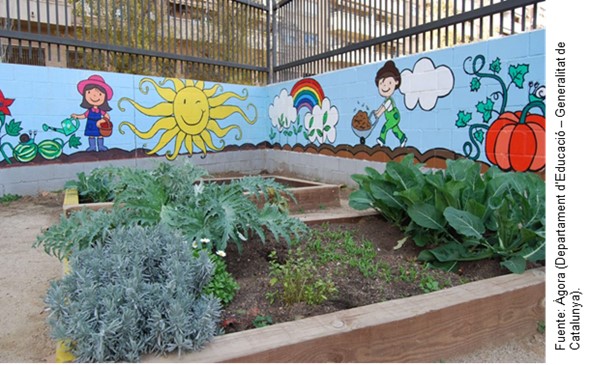 The project, also called “Blue, Green & Grey – Adapting Schools to Climate Change”, is being developed within the framework of the Barcelona’s Climate Action Plan and has the leadership of the City Council and EC funding associated with the Urban Initiative program Action (UIA) (2018-2021).[viii]

The main objective of this project was to turn eleven schools in Barcelona into climate shelters for the school community and the general population. Examples of actions included the installation of new water points, more shade and green areas, and a better thermal insulation of buildings. This project covered 3,000 m² of school yards and aimed at benefiting about 5,850 children.

The relevance of implementing climate shelters in schools is supported by the fact that these spaces serve thousands of children – a group vunerable to climate change – and are generally not well adapted to the heat. Moreover, this initiative embodies an important educational opportunity. 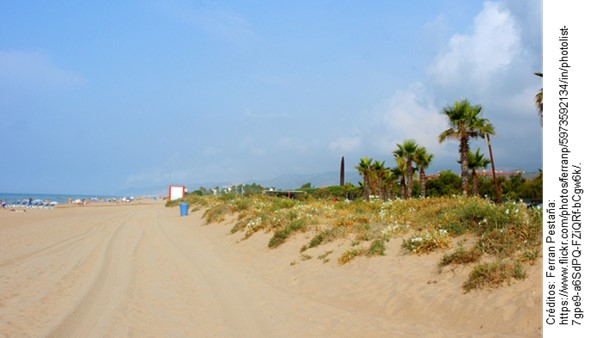 Hybrid dunes in the Metropolitan Area of Barcelona

This project was developed between 2014 and 2018, as part of the EU FP7 Operational Potential of Ecosystem Research Applications (OPERAs; 2012-2018) project.[ix]

The main objective of this NbS was to protect urban areas from coastal erosion and extreme events; to promote biodiversity; and to support the recovery of the habitats affected by human activities and invasive species.

The reinforcement and implementation of the dunes were implemented along 6,000 m of the coastline of the municipalities of Castelldefels, Gavà, El Prat del Llobregat i Viladecans, and Sant Adrià de Besòs. Other actions involved the removal of invasive plants, and the plantation of native dune vegetation with the corresponding area delimitation and protection. 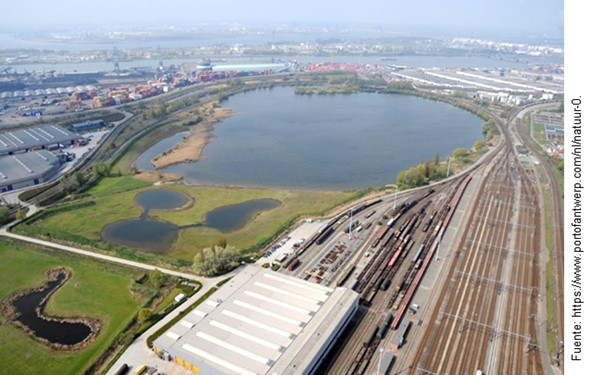 Ecological infrastructure in the port of Antwerp (Belgium)

The port of Antwerp is in a relevant European area in terms of the presence of habitats for several threatened species. A part of this territory is classified as a Special Protection Area (SPA) for the conservation of birds within the Natura 2000 network.

This initiative has been promoted since the early 2000s by the Antwerp Port Authority and a non-profit environmental association in the framework of the agreement “Making the port of Antwerp more natural” (Antwerpse Haven Natuurlijker)[x].

The initiative’s mission is to develop an ecological infrastructure in 5% of the port’s area (about 600 ha), of which 93%  had already been accomplished by 2018. Amongst main activities, there was the promotion of various spaces (green corridors, corridors, green areas near the river, ponds, etc.), and a creation of a protection program covering 90 species of local fauna and flora.

This area had a strong mining exploitation until the 1990’s. Following German law, the recovery of the degraded land had to be done under the responsibility of the mining companies. Nevertheless, this project had the involvement of other actors including environmental NGOs and governmental entities.

A total of 18 lakes with about 70 km2 of water surface have been created since 1994 as the main solution to recover the craters of mining activity. Moreover, the surroundings of the craters have been restored with trees and other native vegetation. These actions contribute to the promotion of biodiversity and the conservation of vulnerable and endangered species. The recovered site has become a popular destination for sports, and other leisure activities.

[vi] The description of the examples of NbS derives from the study indicated in (ii) and the references herein cited.