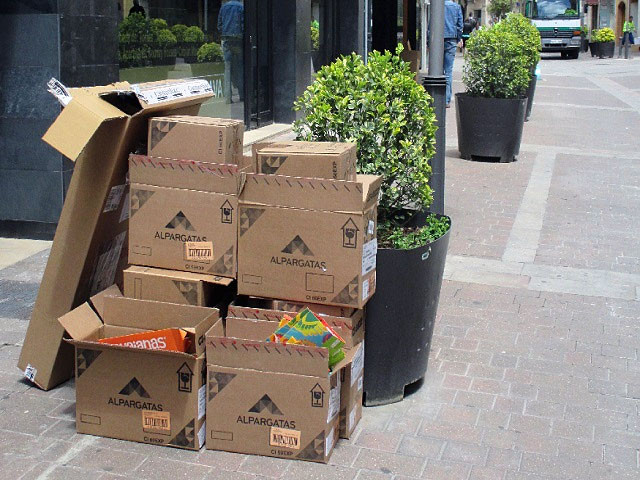 Assessing the magnitude of commercial waste in municipalities

To go forward towards fair charging models, with equitable waste management service cost distribution among users, it is important to know in which proportion and intensity those services are used by households and by businesses/industries.

The cost of managing municipal waste is charged to the citizens by waste charges or by public prices, or it can be supported directly by the general municipal budget. Even though waste charges are the most adequate instrument, in many municipalities they are not sufficient to completely cover waste collection and treatment costs.

Although there are social arguments for applying fiscal benefits to waste charges for households (i.e. large families, low-income households, or social exclusion households), those arguments are not acceptable for businesses or industries. They are for-profit activities, and therefore they should be able to support the cost of the public services they use.

Calculating the quantity of waste produced by commercial activities and by households should be a way to split the costs between those two groups; but unfortunately, such data are not easy to calculate. The diversity of the commercial ecosystem differs a lot from municipality to municipality. For example, The Metropolitan Area of Barcelona estimates that the percentage of commercial waste in their municipalities ranges from 12% up to 47% of the total municipal waste.

Some municipalities started implementing independent commercial waste collection systems some years ago, in order to collect that waste separately and to differentiate the costs of managing commercial and industrial waste from that of household waste. At the same time, this facilitates a better individualization of waste charges for each type of user.

Although it is important to differentiate the total generation between businesses and households for the reasons presented, it is also important to differentiate waste production between business typologies because of the big differences among them in relation the waste fractions and quantities produced. For example, hotels and restaurants are very intensive in biowaste production; instead, offices or mixed businesses like supermarkets can be very intensive producing paper and cardboard. The cost of collection and especially treatment is very different between fractions, so differentiating commercial waste collection routes (be it through door-to-door systems or with containers) enables an adjustment of the waste charges according to real costs of managing the waste produced by each type of business.

This individualization of the generation of commercial waste enables the use of incentives towards separate collection, reducing the resulting environmental and social impacts associated with waste management.